I don't know any critic of the Paris climate agreement who wouldn't love to be wrong. Perhaps the consensus climate science hasn't been skewed to appear like we have time when, in fact, there isn't any left. Perhaps the emboldened political leaders of the world will overcome the immense weight of greed and lethargy. Perhaps a crisis rooted in the very marrow of the bones of our species can be neatly solved with a good cap and trade policy. Perhaps the political weight of thousands of moderate protesters is greater than it may appear. 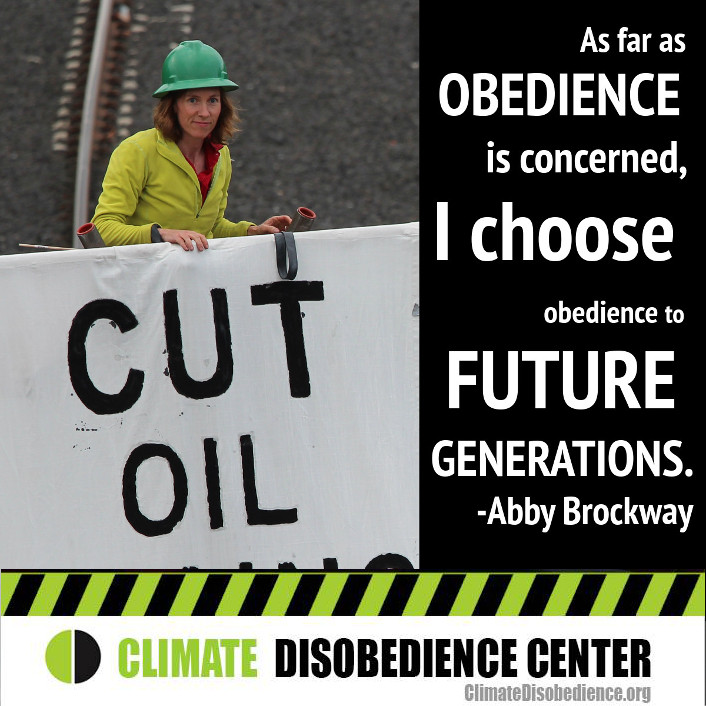 We've just published a pamphlet on using the Necessity Defense as a legal tactic for the climate movement. The pamphlet digs into the circumstances under which one would use such a defense, what the process of using this defense would look like, and some recent case history in the climate movement. This piece was researched and written by CDC summer intern, friend and colleague Ted Hamilton, a student at Harvard Law school, who also authored a detailed history of the necessity defense for the Boston Globe in 2015 leading up to the Lobster Boat Blockade Trial. We're grateful to have Ted on board with the Climate Disobedience Center, and we hope you'll find this tool helpful. Please share! And check back soon, we'll have a printable PDF version.

Anyone can do it: Ken Ward #ExxonKnew protest in Portland, Oregon 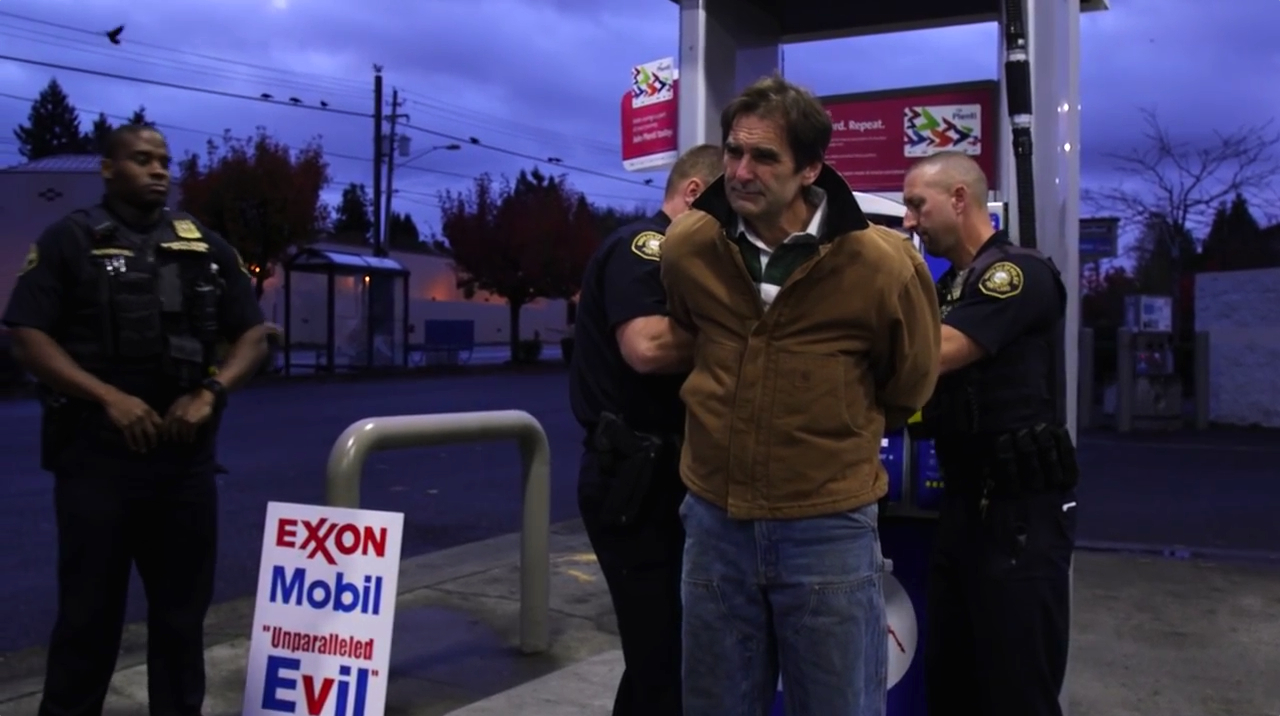 On Monday, Nov. 16, inspired by recent Bill McKibben's #ExxonKnew protest, I blocked a gas pump at a Mobil station in NE Portland, Oregon for about an hour before being arrested. This video by Lindsey Grayzel follows the action and arrest and we hope will encourages others to take such action.

On today's episode of Democracy Now! Tim DeChristopher discusses the #KeepItInTheGround campaign and the launch of the new Climate Disobedience Center.