On February 4, 2019 four activists with the Catholic Worker movement entered an Enbridge site housing manual shut off valves near Blackberry, Minnesota in order to stop the flow of tar sands oil through lines 3 and 4. They contacted Enbridge to give the corporation the opportunity to shut off the manual shut off valves remotely, which the company did. Shortly thereafter, the Four Necessity Valve Turners were arrested and charged for their actions. 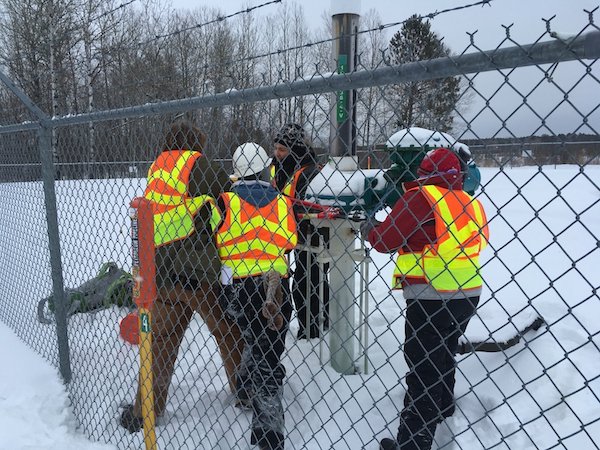 Michele Naar-Obed, Brenna Cussen-Anglada, Daniel Yildirim and Allyson Polman are facing three charges (one misdemeanor and two felonies) for their actions, and are being charged in Itasca County court in Grand Rapids, Minnesota. The Climate Disobedience Center is helping the Four Necessity valve turners with media relations and trial organizing strategy.

Above: Brenna, Allyson, Daniel and Michele

Two activists with the Catholic Worker Movement, Jessica Reznicek and Ruby Montoya, publicly announced this past summer that they had damaged Energy Transfer Partners' Dakota Access Pipeline across hundreds of miles during the pipeline's construction, inspired by the indigenous movement at Standing Rock. 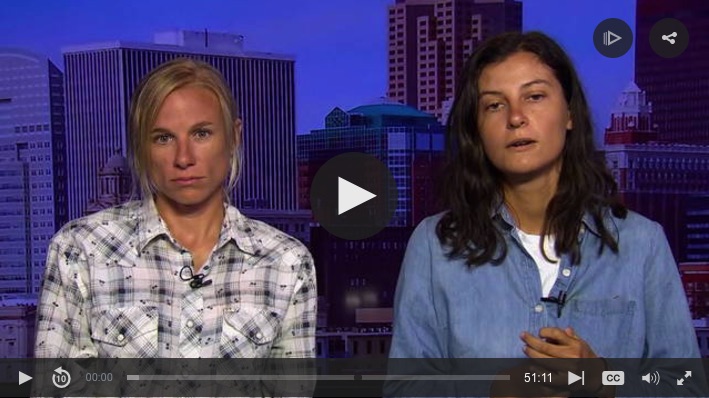 Jess and Ruby are expecting an indictment, but have not yet had charges pressed against them. We at the Climate Disobedience Center are helping the pair navigate their situation as it develops.