Patrick Mazza: Why I Moved to Direct Action 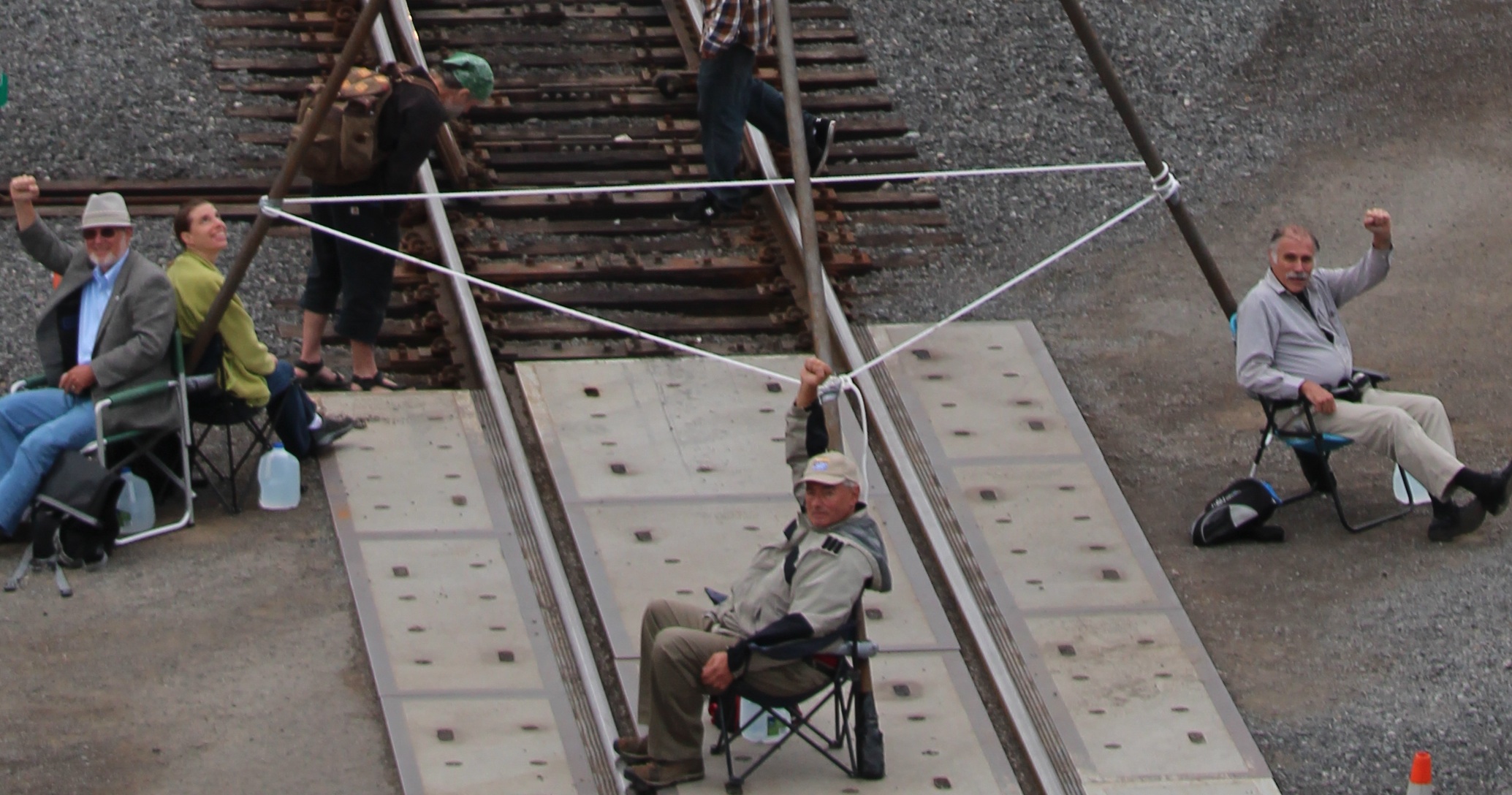 Five individuals are going to trial January 11th for blockading an oil train in Everett, Washington in September 2014. Patrick Mazza, along with Abby Brockway, Mike Lapointe, Jackie Minchew, and Liz Spoerri are sharing their motivations and stories with us in the weeks leading up to the trial. They are preparing to use a necessity defense, arguing in court that their actions were necessary in the face of impending climate catastrophe. We at the Climate Disobedience Center are honored to be working with them and will be lifting up their voices as the trial nears. Here is Patrick's statement on his motivations for the action:

Why I moved to direct action

Since 1998 I have worked professionally advancing solutions to the climate crisis. I have spent a lot of time sitting in front of a computer trying to stop global warming. But after many years of seeing the climate crisis only worsen, it was time to sit in front of a train.  On Sept. 2, 2014, along with four compatriots, I sat down before an oil train at BNSF Delta Yard in Everett, Washington. 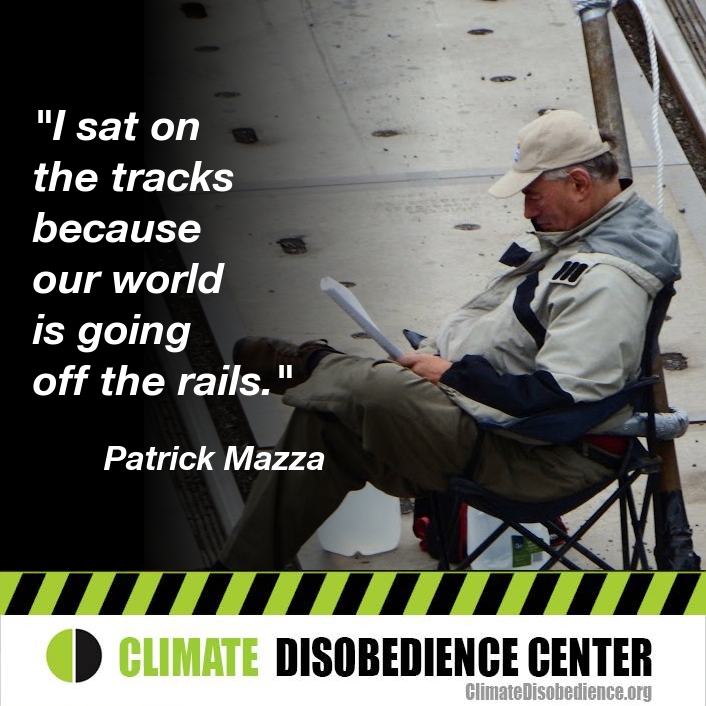 I sat on the tracks because our world is going off the rails.  We are seeing ever intensifying climate disruptions caused by the cloud of fossil fuel pollution thickening in the sky over us.  In Washington state we are experiencing what a carbon-polluted, climate-disrupted world looks like.  Record drought and lung-choking wildfires, massive salmon kill in overheated rivers, powerful and sometimes unseasonal storms, ocean acidification killing the shellfish industry.   At the same time, the political system is blocked from responding in any meaningful way. Oil and coal companies have knowingly deceived the public about the magnitude of the climate threat, and bought the politicians to stop action.

Over the years I have earnestly tried to work through the system. I have worked with power grid experts to help build a smart grid that can charge electric vehicles and connect millions of solar panels and wind turbines. I have been a strategic advisor to an electric vehicle company.  I have worked to enact legislation and public policies that deploy sustainable fuels.

I continue to work on practical solutions. I won’t quit. But compared to how fast climate disruption is coming on, solutions are not moving fast enough and we face catastrophic consequences. Ironically, the very place we sat at the BNSF yard on the Snohomish River Delta could be submerged under a rising Puget Sound by the end of the century.

Effort after effort to control climate-twisting fossil fuel pollution has failed, globally, nationally and in my own state.  There came a point where I could no longer sit back and wait for the politicians to act. I had to put my body on the line to demand not talk, but action on a massive scale to rapidly replace fossil fuels. I know we can, I’ve worked on these solutions for years.  If we care about our children we will.

I am a parent myself. My day on the rails was the day before my daughter’s 18th birthday, the last day before she became a full adult. By the time she’s my age it will certainly be hotter, more storm tossed and troubled. She knows it too.  A few years back when I was sitting on the porch late on a sunny afternoon, she came up to me and asked, “Dad, is there hope for the world?”  That’s the kind of question for which a parent needs a positive answer.  When I sat down on the railroad track, I did my best to supply one.

There is hope for her world and that of all our children, but not if we stay within the bounds of a blocked and bought-off political system.  I am done with lies and compromises that leave our world rapidly careening toward a global climate train wreck.  I have to take direct action, to put my body in the way of business as usual and say it is unacceptable to leave the world a wreckage for our children.  I hope many of the people with whom I have worked on solutions over the years will join me.  We owe our children’s generation nothing less.