You, too, have all the tools you need

We were trying to remove fuel from the fire that’s burning our planet. This specific fire: the coal-fired Merrimack Generating Station in Bow, NH. But that wasn’t the point either.

The point was to build power, to build unity, to build a sense of what is possible. To deepen our bonds with each other as friends and community. To increase our ability to take risks. To act from our hearts and conviction. To take one more step — together — in a strategic, nonviolent campaign to shut this plant down for good and save what we can of our futures and our burning planet.

We definitely did all those things, and we did them with an extraordinary quantity of bravery, care, and love. That combination creates a magical kind of power. It’s the kind of power that can build the world beyond the horizon.

I have spent the past week reveling in the beauty of the climate strikes mingled with many ongoing grassroots fights for justice. I feel deeply connected to and grateful for the energy that is rising. I am also conscious that this one moment didn't achieve the transformation we need – not yet.

This is for all of you who have been building the world you are certain we need, doing it sometimes quietly and sometimes very loudly. I see you. Your long work has created the conditions that made this week possible.

Concord, NH - On Saturday, August 17th 2019, eight determined New Englanders, supported by a team of more than a dozen others, removed over 500lbs of coal from the fuel pile at Merrimack Generating Station in Bow, New Hampshire. This facility is the largest coal-fired power plant in New England without a shutdown date. Says Tim DeChristopher, co-founder of the Climate Disobedience Center: “With the global climate crisis having advanced this far without a dramatic change in US carbon emissions, we have a responsibility to remove this fuel from the fire. Indeed, it is now a necessity to take matters into our own hands and safely shut down this facility.”

This weekend on the South Coast of Massachusetts we're going to get to witness the end of an era in the state, when a controlled demolition implodes the huge cooling towers on Saturday April 27th. Providence's Extraordinary Rendition Band will provide the soundtrack for a jubilant dance party in Fall River's Kennedy Park at 8AM that morning. (I hope you'll join us!) This moment is both an important moment for our movement to reflect, as well as a personal point for me.

I got into climate disobedience in earnest in 2013 when Ken Ward and I anchored our little white lobster boat, the "Henry David T" in the shipping channel in front of the coal plant, and demanded that the plant be shut down immediately. We remained there for a day, blocking the unloading of 40,000 tons of Appalachian coal from a hulking black ship which has traveled up from Norfolk, Virginia, to supply what was then the largest single source of CO2 emissions in New England.

That act of disobedience lit a fire in the climate movement to focus on direct action and hone in on that massive coal plant. That summer, there were hundreds of people at the gates of the plant demanding it's immediate closure, dozens were arrested at the gates, and a long march kicked off later that summer from Fall River to the proposed site of Cape Wind.

And it's precisely here that we see the catalytic work of climate disobedience: to set a narrative, grounded in the moral imagination of what is necessary, rather than what is thought to be politically possible. Prior to the lobster boat action, advocates were proposing that the plant be shut down by 2020. But on Saturday the plant will have been shut down for nearly two years and the huge monuments that tower above the skyline of Fall River (let alone Somerset) will come down forever.

IT WAS NOT CHEAP GAS

But why, you might ask, have a dance party celebration for the climate justice movement when it was cheap fracked gas that really shut down the plant? It's conventional wisdom to say that this plant was shut down because the cost of coal couldn't compete against cheap fracked gas flowing into New England. And we're going to dance because we believe that premise is utterly false - or at least incomplete.

As the climate crisis grows ever more urgent, Trump signed two executive orders today that expedite oil and gas pipelines and undermine states’ rights to protect themselves from the assault of the fossil fuel industry. This was yet another reminder that our government is run by a nihilistic sociopath who serves the whims of an industry that has killed people for profit throughout its history. This latest rush toward apocalypse will undoubtedly be met with complicity from the Republican politicians who have spent years pretending to care about states’ rights, and with ineffectual faux-outrage from Democratic politicians who have rarely ever used the powers available to them to stop fossil fuel expansion.

Thankfully there is a growing movement of people willing to engage in civil disobedience to stop fossil fuel infrastructure everywhere in this country. The Climate Disobedience Center is proud to be part of that movement which has effectively made all new pipelines losing investments, and we will continue fighting every one of these stupid projects until we have the organized power to overthrow our system of corporate rule and establish a democracy that respects life. 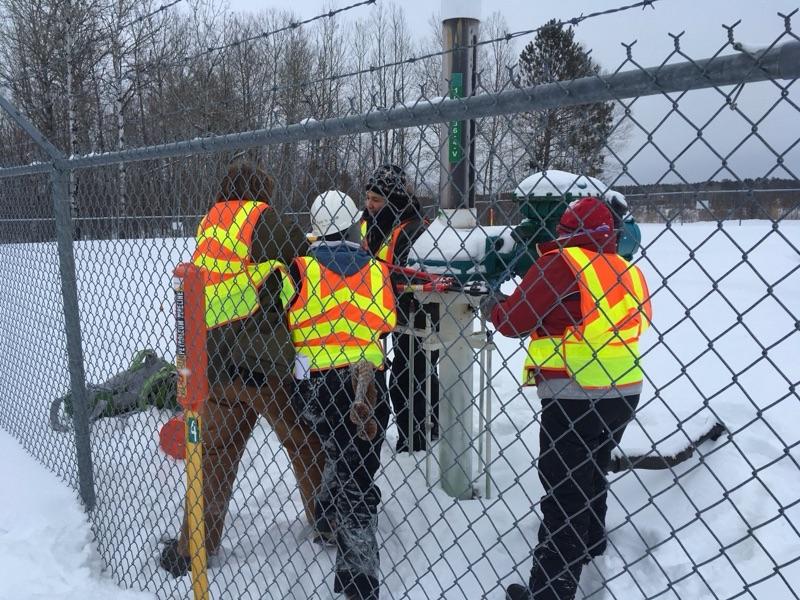