In this post, Climate Disobedience Center Founders engage one another in conversation about our individual initial thoughts on post-election strategy. We have decided to have this conversation publicly and openly. We are not running our ideas or words by one another before we post them because we know that our best strategies emerge through conversation. We hope you will engage this conversation in the comments sections of the blog posts associated with this discussion. The original Thoughts on Post-Election Strategy post will serve as the table of contents for all posts related to this discussion. You can use it as a reference point to help you find other threads of the conversation.

With the election of Donald Trump, we are entering a different chapter for the climate movement in this country, one in which we will be fighting against a substantially different kind of power structure than previous administrations.  Many of the lessons and principles developed in previous struggles will still be applicable, and some will be more important than ever.  But some of our strategies, tactics and even organizing structures may have to be completely rethought.  We’ve got some ideas about moving forward, but we still have a lot of unanswered questions as well.  Answering some of these might take imagination and creativity, and others might take an agonizing wait to find out just how despotic a Trump regime will be.

When we launched the Climate Disobedience Center, I argued that we should define “disobedience” more broadly than “civil disobedience” because we need to build a culture of resistance to business-as-usual in our communities. Post-election, I think it’s important to return to this idea – that building principled communities founded on love and the commitment to support one another to disrupt business-as-usual is disobedience. We need to prioritize working with people to develop loving and resilient communities of resistance in order to foster the courage and support that will be required to hold on to the gains we’ve made to date and perhaps even to carve out a few wins against an emboldened fossil fuel industry along the way. 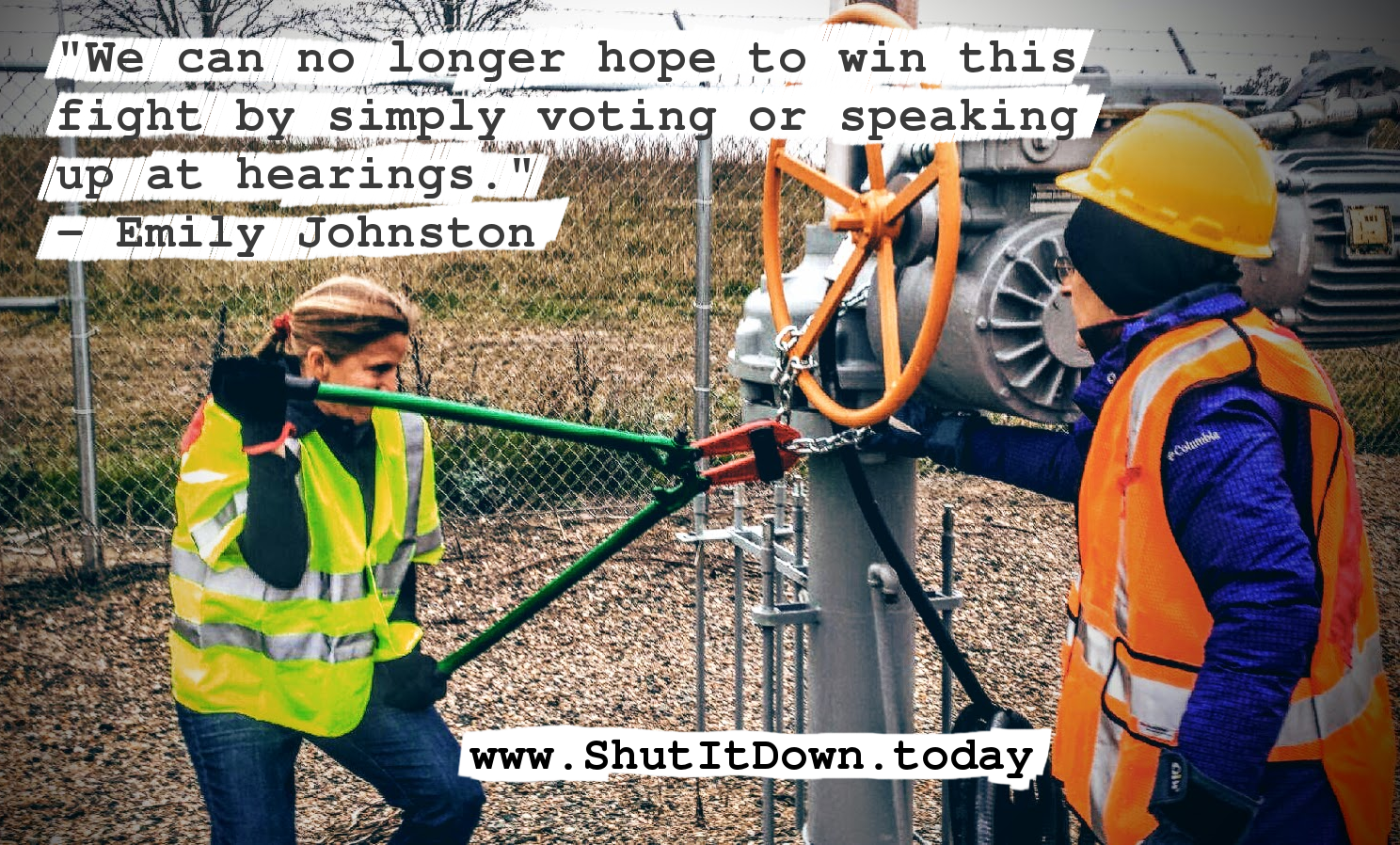 Like pretty much everyone else in the climate movement, the election of Donald Trump has caused us at the Climate Disobedience Center to think long and hard about our strategy for moving forward.  We are not all on the same page yet, and we're not comfortable pretending that we've got things figured out.  We offer our thoughts and conversation via our posts (linked below), and our conversation will continue as updates (we'll add the links here). Please feel free to offer your own thoughts about anything we said, or anything we missed, in the comments sections for each post.

Follow the discussion: In Post-Election Strategy Conversation (Round 2), we engage in some back-and-forth conversation about the ideas each of us shared in the posts linked above.

Statement of Ken Ward at his Arraignment

Statement of Ken Ward at his Arraignment on Charges of Burglary, Criminal Trespass, Sabotage and Assemblages of Saboteurs

I have been charged by the Prosecuting Attorney for Skagit County, Washington with four crimes - burglary, criminal trespass, sabotage and assemblages of saboteurs - for my action last Tuesday, closing a safety valve on the TransMountain pipeline and blocking the flow of Canadian tar sands oil from Alberta to the Anacortes refineries. 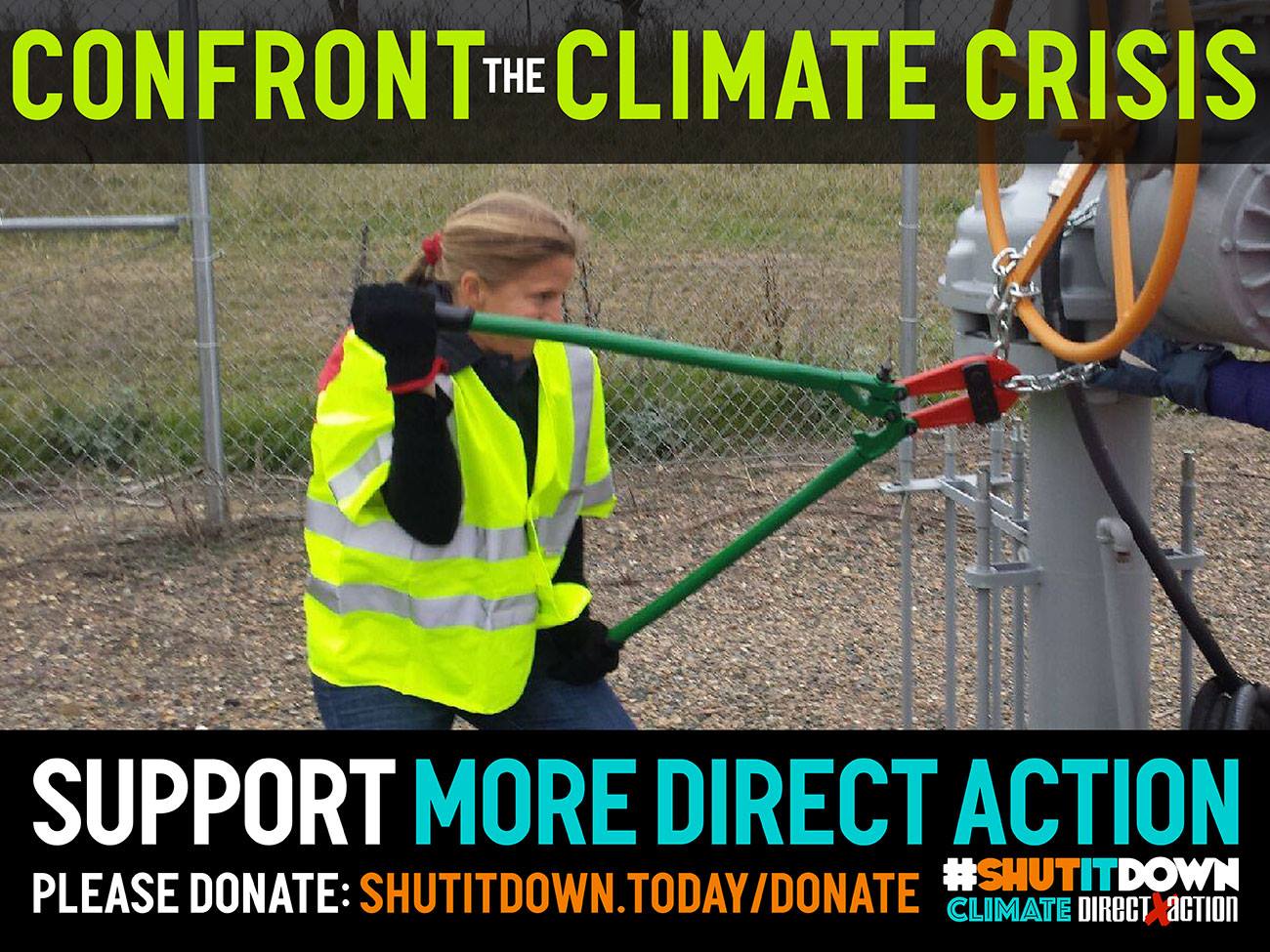