Gary and I were email and FB buddies for years. He wrote me after reading the Bright Lines papers in 2007, which proposed an alternate climate strategy for US environmentalists, asking what he could to move the proposal forward. Like many climate-aware people outside the ranks of professional environmentalists, it had long been clear to Gary that we weren’t going to solve this problem by pushing for a few reforms. 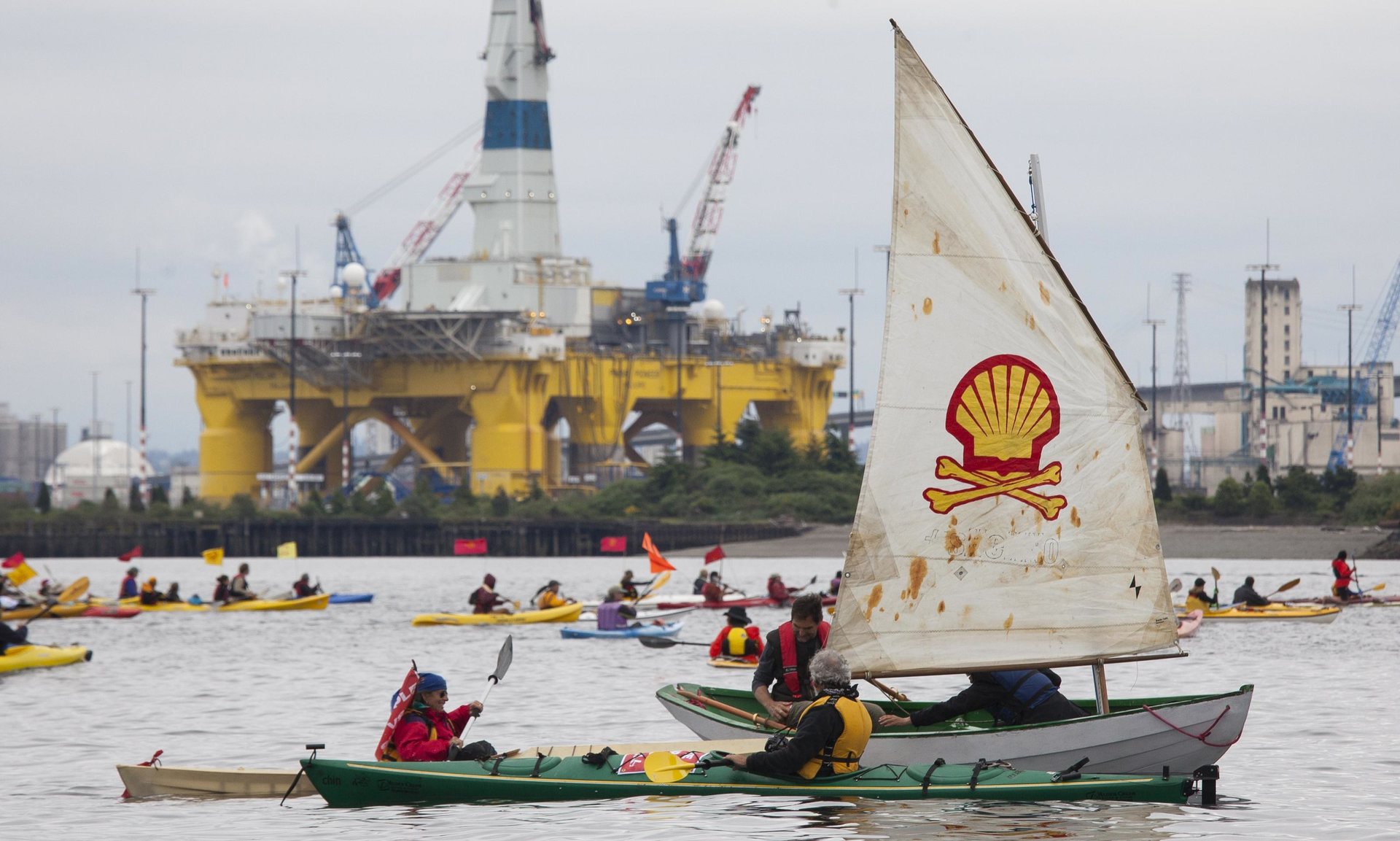 Gary Braash and Joan Rothlien, in kayaks, meet Ken Ward and Laura Byerly, in dory, in Seattle during a protest at the Polar Pioneer.

Fittingly, I met Gary and Joan Rothlein in person during a Shell No! protest last summer in Seattle, an event which happened to be captured by photographer David Ryder and has appeared in many news articles around the world. Gary and Joan were active all summer in kayaktivism in Seattle and in our hometown effort to block the Fenica icebreaker in Portland, and were out on the water in the early morning hours documenting our effort to anchor in the path of the icebreaker. 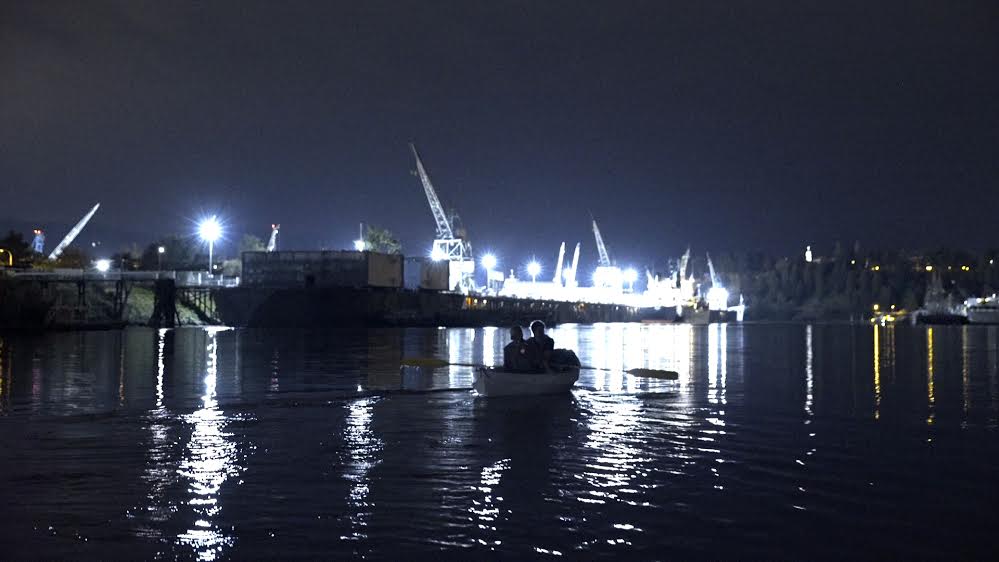 One perk of moving from Boston to Larch Mountain, right on the Columbia Gorge outside Portland, OR, three years ago, is that I no longer have to watch the wracking changes in my beloved New England. Oregon is new to me and I have no frame of reference from which to note the changes, as I had watching the fall foliage in New Hampshire turn dull in recent years without the scarlet high notes of sugar maples. But Gary was trooping to the top of Larch Mountain for decades to photograph the retreat of glaciers on Mt. Hood, just one of many long-term projects in which he relentless and painfully captured images of a dying world, and which spurred him to act with courage and conviction.

I didn’t know Gary well, but I’ll miss the hell out of him.