In the West Roxbury neighborhood of Boston, Massachusetts, Spectra Energy was building a fracked-gas pipeline off of their existing AIM pipeline. Beginning October 7, 2015, Resist The Pipeline began a campaign of climate disobedience, getting in the way of active pipeline construction. Climate Disobedience Center founder Marla Marcum provided training, logistical and jail support for Resist the Pipeline.

The campaign grew, and eventually 198 people were arrested over the course of a year. The tactics escalated as well, beginning with just a few individuals in front of equipment and ending with large days of mass occupation, and other more disruptive actions. 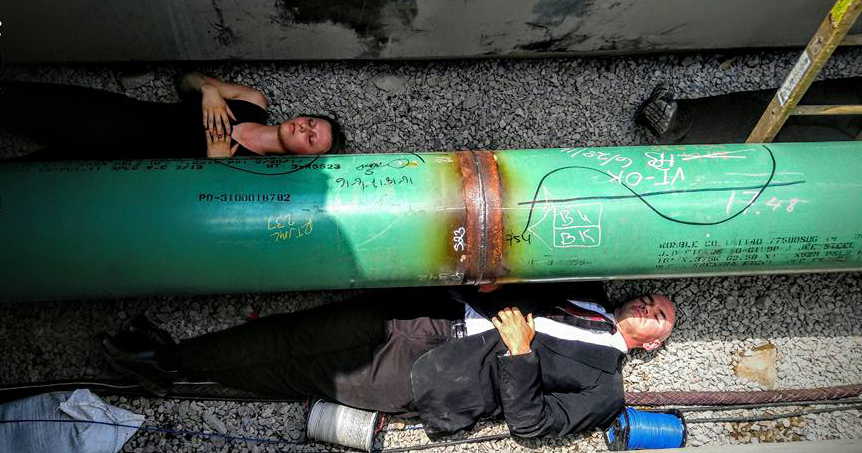 13 activists from the campaign, including 6 who participated in the June 29 "Mass Graves" action pictured above are taking their defense to trial. Their cases are currently scheduled for trial March 27th. The activists are committed to mounting a climate necessity defense, arguing that they had no reasonable alternative to putting themselves in the path of the pipeline's construction. If the jury is allowed to decide whether the defendants' actions were necessary in order to prevent a greater harm, we'll have a legal precedent that communities across the country can use in their own resistance to pipelines and other infrastructure

Sign on here to support the West Roxbury Defendants, and we'll send you updates about their trial, and more opportunities to learn about their fight and landmark date with justice.