Of course joining us at the People's Climate March was just the beginning, as we went on to speak before audiences large and small across Massachusetts. The ability of a prosecutor to not only agree with our position on climate change, but to then publicly appear alongside of activists he was supposed to prosecute I think speaks to the unique approach we have towards action at the Climate Disobedience Center. 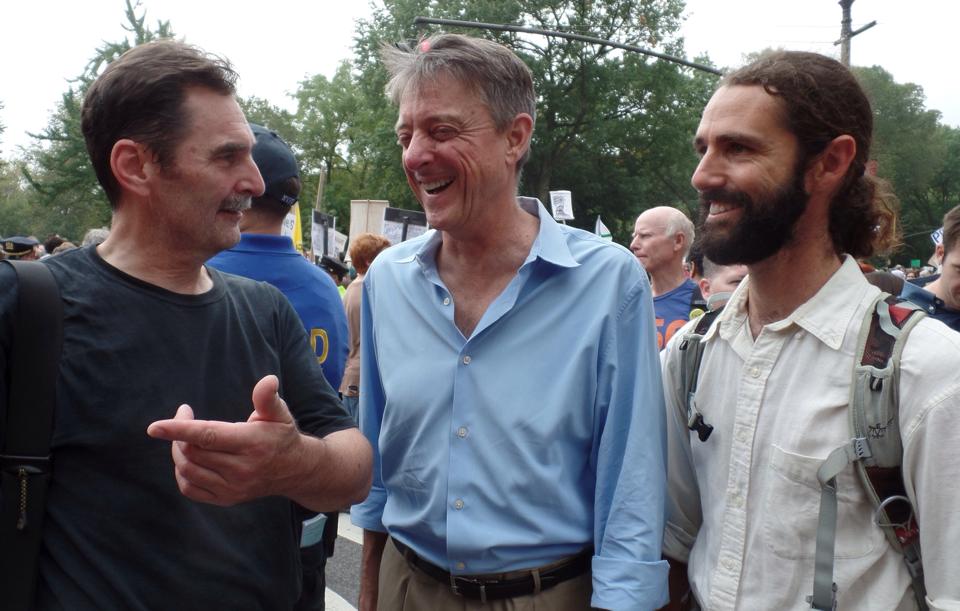 Our experience is a thrilling example of how living out the Center's principles works. When we act from a place of deep moral conviction and create powerful moments of moral clarity we invite others - even those who would never have thought of themselves as climate advocates - to engage in this serious work. One of our Principles is to "Engage everyone, even our enemies and opponents, with openness, tolerance and humor (because kindred spirits are found in surprising places)". Acting in a way that brings the attention on the harm of fossil fuels, prepares fully to accept the consequences of action with humility, and doesn't scape-goat those charged with enforcing the law, opens the door to the unexpected happening.

Who would have expected that DA Sutter and I would be sharing the stage at the New Bedford Connecting for Change gathering last year?

And now, with the launch of the Climate Disobedience Center Marla, Ken, Tim and I are bringing our experience with civil disobedience and the legal system to support others who may be ready to step up and take direct action.

I'm looking very much forward to the opportunity to work with activists ready to act from that transformative moral place, and especially people of faith who are questioning how to be radically faithful and let their lives speak the truth in this time of crisis.

Is this you?  If so, we would love to work with you.  You may contact us here.