The Climate Disobedience Center exists to support a growing community of climate dissidents who take the risk of acting commensurate with the scale and urgency of the crisis. Our work has grown out of our own experience undertaking and supporting climate direct action. At this moment in the climate struggle it is apparent that what is needed now goes beyond strategy and tactics to a movement that builds genuine community through vision, trust and love. From supporting those who have taken bold action, to building community among those called to take risks, the Climate Disobedience Center aims build a resilient and powerful movement capable of creating the change we need.

Please click on the links above to read more about our past support work, the services we offer in supporting climate activists, and our pamphlet on the climate necessity defense. And keep reading for more about how we're supporting a disobedient climate movement now.

No Coal No Gas Campaign 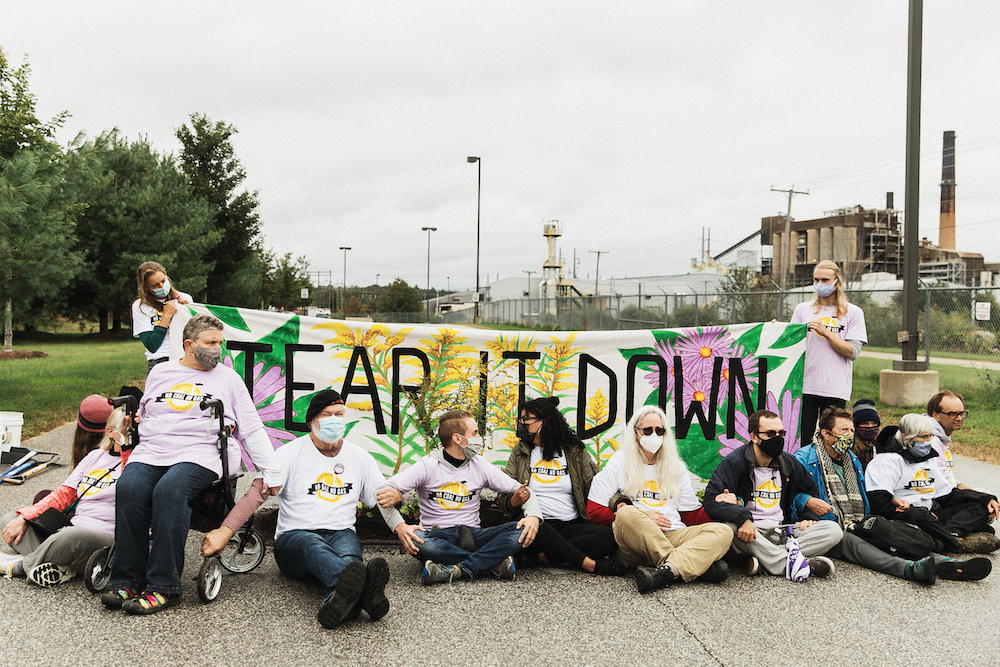 The No Coal No Gas Campaign, a direct action campaign to close the last remaining coal plant in New England, launched in 2019. In partnership with 350 New Hampshire and other partners from across the region, No Coal No Gas has put the Merrimack Generating Station in Bow, NH on the map of the climate movement. In colorful and creative action the campaign has removed coal from the plant, blockaded deliveries of coal by rail, disrupted plant operations, and gone on strike from paying electric utility bills. No Coal No Gas has led the way across the region to focus on the devastating policies of the regional electric grid manager ISO - New England which keep fossil fuel dinosaurs like this afloat. Find out more at nocoalnogas.org. 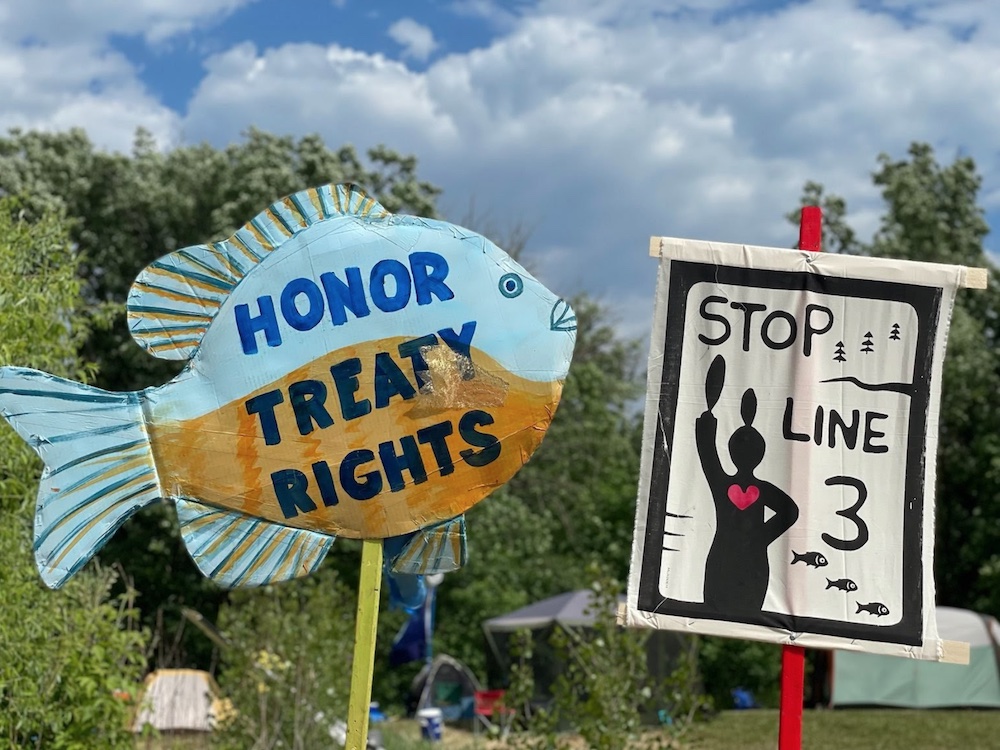 When indigenous-led resistance to Enbridge Corporation’s Line 3 tar sands pipeline ballooned in 2021, the Climate Disobedience Center had the flexibility to pivot and provide ongoing support for hundreds of activists who took action and entered the criminal legal system. Members of the climate disobedience community formed a team to assist in legal support for the massive Treaty People Gathering. From staffing a round-the-clock legal support hotline and creating how-to guides for legal support, to workshops on courtroom preparation, plea negotiations and jail support, to building systems to care for and keep track of the over 1000 people who entered the criminal legal system, the CDC has stepped up as a trusted partner with our relationships and accumulated experience to help build power and community during this important infrastructure fight. 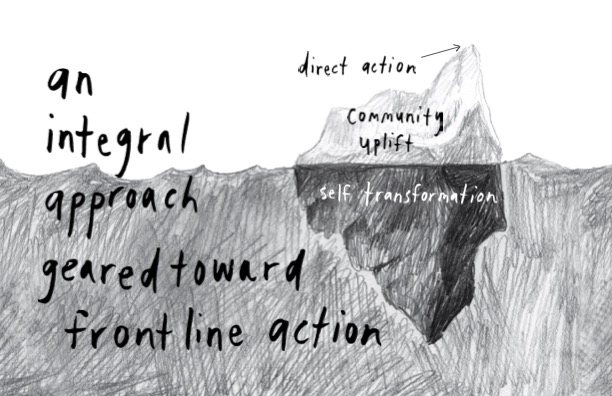 The Climate Disobedience Center is a founding partner of the Fierce Vulnerability Network: a network of direct action at the intersection of climate justice and racial healing. Along with East Point Peace Academy, we have helped anchor the maturation of the idea of such a network, helping to iterate trainings and structure, as well as bring our experience to bear in the creation of the network’s handbook. As of this writing the handbook has been completed and is set to be published. You can download a digital copy of the handbook text here. 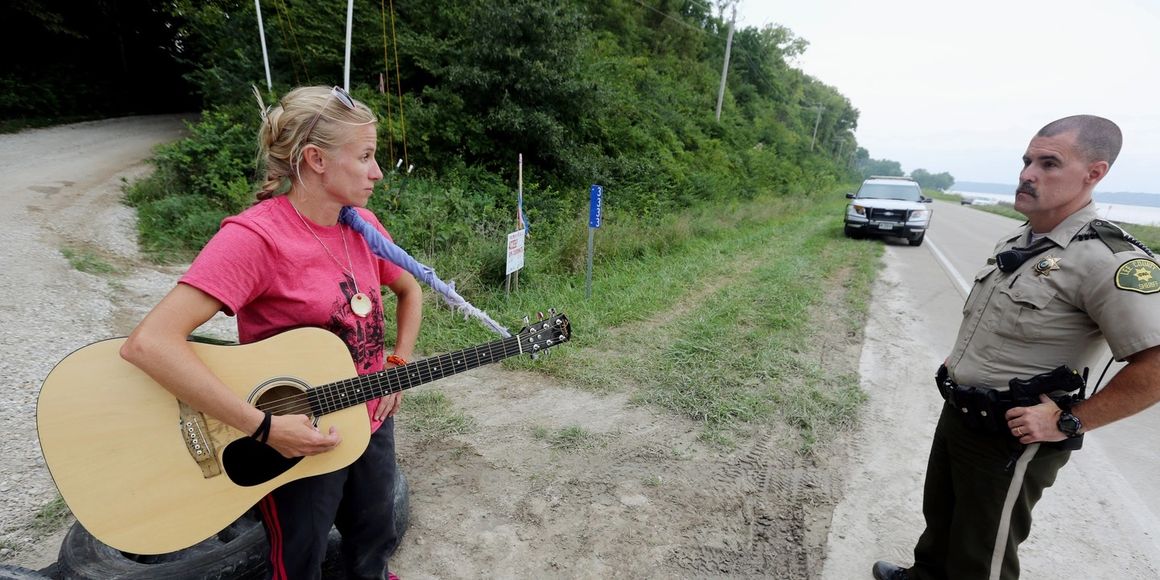 In 2016 Jessica Reznicek took action to stop the Dakota Access Pipeline by dismantling construction equipment and pipeline valves. After publicly taking responsibility for her acts of solidarity, Jessica was tried, convicted and sentenced to 96 months in federal prision under enhanced sentencing under terrorism guidelines. The Climate Disobedience Center has supported Jessica since she spoke out publicly about her actions, from behind the scenes personal and community sport to joining amicus briefs in her defense. Find out more at https://supportjessicareznicek.com/

Since the founding of the Climate Disobedience Center, we have worked to engage faith leaders more deeply in the prophetic potential of their vocation; from the Lobster Boat Trial, to the West Roxbury Lateral Pipeline, to Standing Rock. We have continued this work in recent years in new and interesting ways, including partnering with GreenFaith to train and coach the multi-faith delegation to People vs. Fossil Fuels in Washington, DC in the fall of 2021 and facilitating de-escalation training for the Massachusetts Council of Churches, Black Ministerial Alliance, Jewish Community Relations Council, and Islamic Society of Boston Cultural Center in preparation to defend democracy in 2020.