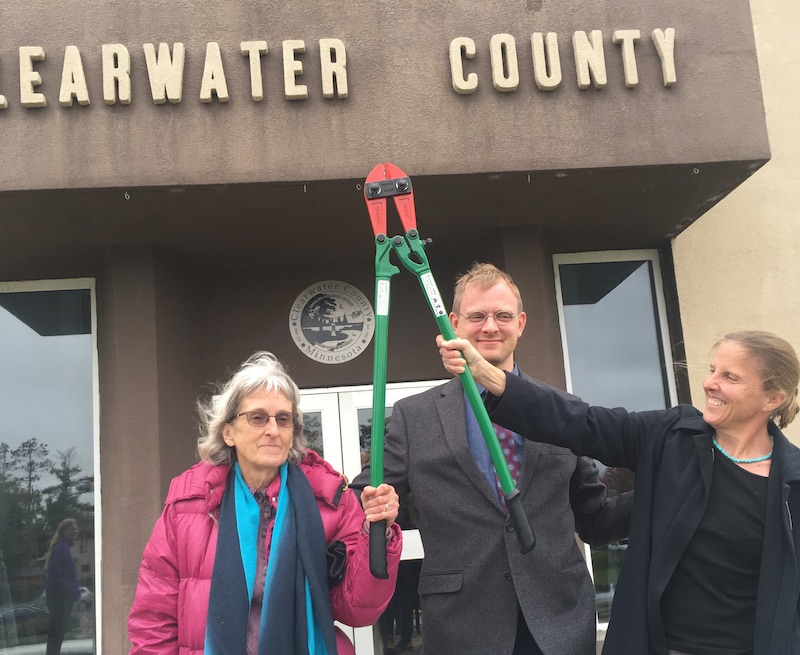 Regan steered much of her jury questioning into a discussion of their “beliefs” and “feelings” about climate change. Ordinarily, the defense in such a case would want to ask about whether a juror respected the authority of climate science experts, a frame that makes it clear that climate change is not about personal beliefs or feelings. But Regan wanted to undermine the judge’s assertion that climate change was commonly understood and accepted knowledge.

It worked. The overwhelming majority of potential jurors expressed views that were either completely ignorant, wildly misinformed, or actively in denial. Only two jurors accepted the scientific reality of climate change, and only one had substantial knowledge. Both of them were removed by the prosecution, leaving a final jury that completely rejected what the judge had called “commonly understood and accepted knowledge.” This put the defense in a strong position to either get the judge to reverse his restriction on climate science or overturn the case on appeal.

But there were still more surprises to come. In the two years of hearings leading up to this trial, the prosecution had dropped a wide range of charges and narrowed the case to a single charge of criminal damage to a pipeline against Emily Johnson and charges of aiding and abetting criminal damage to a pipeline against Annette Klapstein and Ben Joldersma. This was a strange move by the prosecution because it required them to prove that the defendants had actually damaged the pipeline. Since all the defendants had done was cut the chains and locks on the emergency shutoff valves, the obvious theory which the prosecution would have to present is that the legal concept of a pipeline includes all the above-ground attachments, including those that secure the facility.

However, when the prosecution called their witness from Enbridge, they failed to even attempt to make the case. The prosecutor asked, “What is a pipeline? Can you explain it for us?” The witness from Enbridge responded, “Well it’s a pipe that runs underground and carries a product or liquid from one place to another.” Nothing about above-ground equipment or security or chains. The prosecutor had obviously failed to prepare his witness to say the basic elements necessary to make the case.

Then after just two witnesses providing minimal testimony, the prosecution rested their case. My jaw dropped when the prosecutor said, “The prosecution rests, your honor.” I thought, “How can they rest? They haven’t proven their case.” The court took a short recess, and some of us went out in the hall and discussed whether or not the defense would file the standard motion to acquit.

In most criminal defense cases, a motion to acquit for insufficient evidence is standard operating procedure after the prosecution rests their case. If a prosecutor has failed to make some technical element of the case, the defense usually want to take advantage of that to have the case thrown out. But in climate necessity defense cases, activists go to great lengths to create the opportunity to present their defense to a jury. At this point in the Minnesota case, it was clear that if the defense filed the motion, it would almost certainly get the case dismissed.

There are many goals for defendants in this kind of case, and in this moment those goals were in tension. Obviously, the defendants want to avoid going to prison, and they were facing a significant sentence. But they also want to present their defense and give the jury an opportunity to acquit. The insufficient evidence argument would still be strong in closing arguments to a jury, and when a jury makes an acquittal, they don’t give any explanation of their thinking. The activists were the ones telling the story to the public through the media, and if a jury had acquitted where the necessity argument and insufficient evidence arguments were both strong, the activists can choose to frame the story as the jury recognizing the necessity of acting to fight climate change. There is a risky tradeoff here, which is further complicated by the responsibilities of a defense attorney who is expected to do everything possible to keep their clients out of jail. Where there is such a clear opportunity to get a case dismissed, it would almost be malpractice for a professional defense attorney to not file a motion for acquittal.

Ultimately, the defense filed the motion, and the judge acquitted the case. The judge seemed quite prepared to make his ruling, so even if the defense had not filed the motion, the judge may have taken his own initiative to dismiss the case. The judge even talked extensively about how there had been many charges in this case, but the prosecutor chose to narrow the case to a charge that he couldn’t prove.

We were all excited and grateful that our friends and allies would not have to go to jail, but we also had a complex mix of feelings about the outcome. Many folks immediately began wondering if the case had been thrown by the prosecutor. My impression of the prosecutor was that his incompetence was not an act, but there is a possibility that he was set up to fail by others. The important question for me is how this outcome influences the path forward for the movement.

My major concern about this outcome is that it provides support for the group of industry backed Republicans who are pushing for new laws that go after activists. There has been a lot of attention to the way that ALEC has been pushing state level laws that criminalize people who protest against energy infrastructure. Less well covered was a letter sent by a group of 84 Republicans to Jeff Sessions last year asking about new laws to prosecute pipeline protestors. The factually deceptive letter specifically referenced the valve turners and suggested that our current laws are inadequate to prosecute them. As the judge pointed out, there were in fact many laws like trespassing for which the defendants would easily have been convicted, but the quick version of this outcome seems to support the campaign of these fossil fueled politicians.

We need to be on the lookout for a followup from these Republicans to the new AG that seeks to exploit this outcome, and we need to be ready to correct their inevitable attempt to muddy the facts of the case. I have not seen any response from Sessions’ office to these congresspeople, but I’m sure it must have been sent. Perhaps that will require a FOIA. And the general takeaway from this case is that these trials are messy and complicated. Like in all the rest of our activism, we have to be ready to try something and take whatever wins we can get.