When we first envisioned the work of the Climate Disobedience Center a year ago, we expected to be focusing on a particular type of action that is lacking in the current climate movement. The idea embodied in Tim's Bidder 70 action and our Lobster Boat Blockade: that small numbers of people doing higher risk, morally clarifying, direct action can have a profound effect on the level of energy and focus of the climate movement. In our minds we juxtaposed this with a more symbolic civil disobedience that has lower potential penalties, and tends not to actually disrupt the fossil fuel industry, and is generally aimed at policy makers rather than directly affecting the fossil fuel industry.

However, in the last year the movement has started to experiment with something new: long term, large volume, low risk direct action that does disrupt the fossil fuel industry. And it's having an effect both on movement building, and the bottom line of the corporations trying to build new fossil fuel infrastructure. Marla has been working on one of the efforts developing this line of action in the West Roxbury neighborhood of Boston where Spectra Energy is attempting to build a high-pressure fracked gas pipeline. 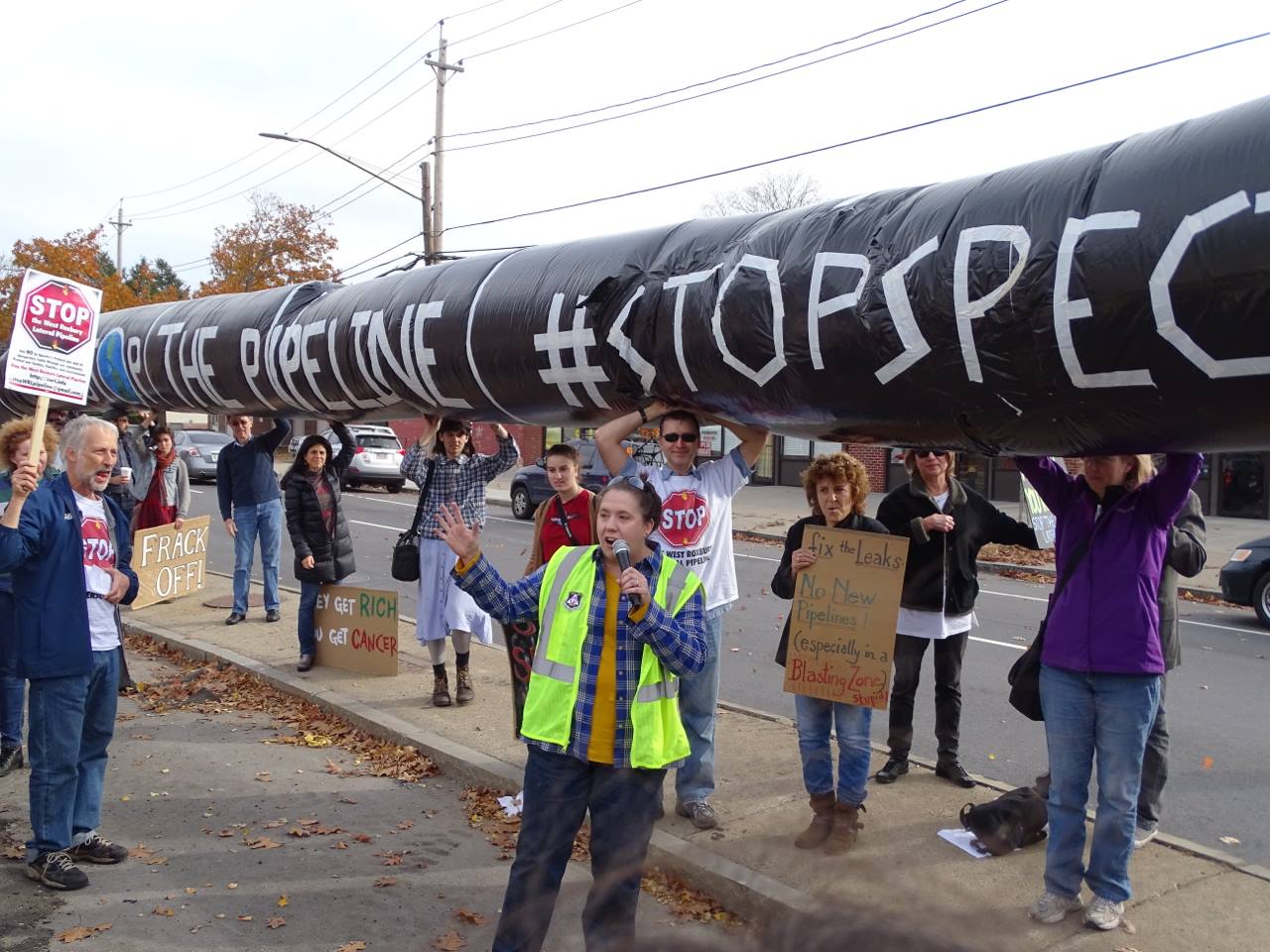 Resistance has sprung up along the length of Spectra's proposed pipeline this year: 67 people have been arrested blockading construction across the region, and 41 of those were part of the West Roxbury campaign. Groups involved with the resistance include Stop the Algonquin Pipeline Expansion, Sane Energy Project, FANG (Fighting Against Natural Gas), and Burrillville Against Spectra Expansion, and Marla's work in West Roxbury has been with Resist the Pipeline, in partnership with Stop the West Roxbury Lateral.

What started with three people blockading construction on October 7th, grew to include hundreds of people through the fall. The resistance was sufficient that Spectra didn't show up for construction on two days with planned rallies, and stopped work in the streets of Boston a full two weeks before they were expected to.

This is a big victory for the climate and fossil fuel resistance movements: that ongoing direct action blockading construction of a pipeline has grown and empowered a movement enough to stop work. Marla says that "while Houston-based Spectra Energy is building a pipeline against our will, ordinary people are building hope through sustained resistance."

As resistance to pipeline construction across the country grows, the corporations are beginning to notice. A recent industry report cites opposition groups as the biggest obstacle to pipeline projects. While traditional approaches, such as scrutiny of regulatory filings and opposition in public comments and forums, are key parts of this obstacle, the ongoing direct action campaign opens a new front. While pipeline resistance is not the only driver of stock prices, one can easily imagine that the influences cited in the industry report linked above are playing at least some role in the slide of Spectra's stock prices over the past months.

The resistance to the Spectra pipeline is not the only long term, ramping-up direct action campaign going on. In the Finger Lakes region of New York, We Are Seneca Lake has been leading a civil disobedience campaign to stop the storage of propane and fracked gas in abandoned salt mines underneath the lake by Crestwood for over a year. To-date 454 people have been arrested blockading the entrance to the facility, Governor Cuomo has not issued a permit to build the propane facility, and there's been no construction on the project. If you know of other such ongoing direct action campaigns, please let us know about it!

What does all this mean? Simply put: direct action works. It builds power and moral clarity. Long term direct action campaigns are a method that the climate movement is putting to good use in a new way, and I certainly hope, its spread will be contagious. 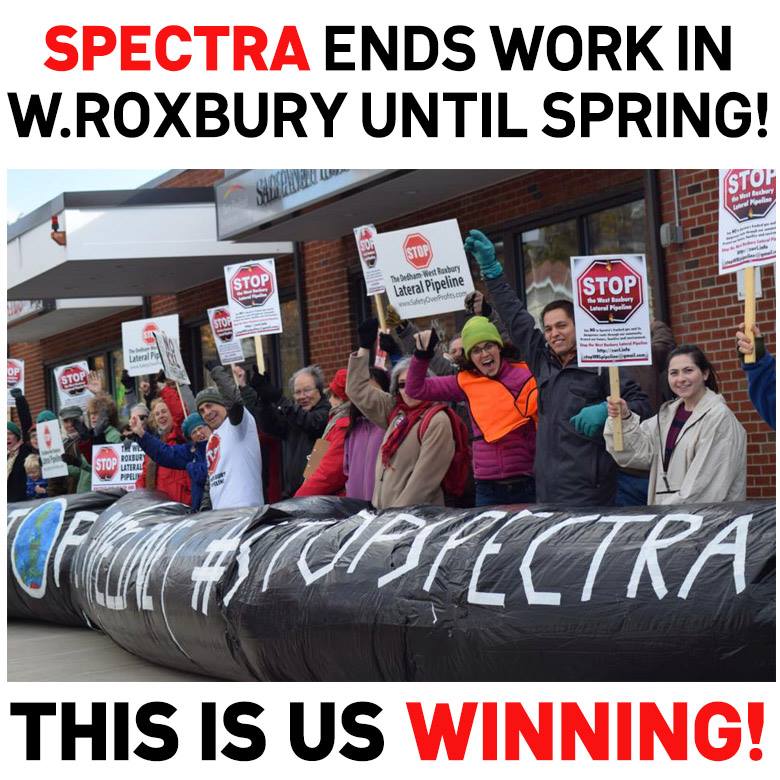